Department of Archaeology CRIME - Cremation or Inhumation of ancient populations? 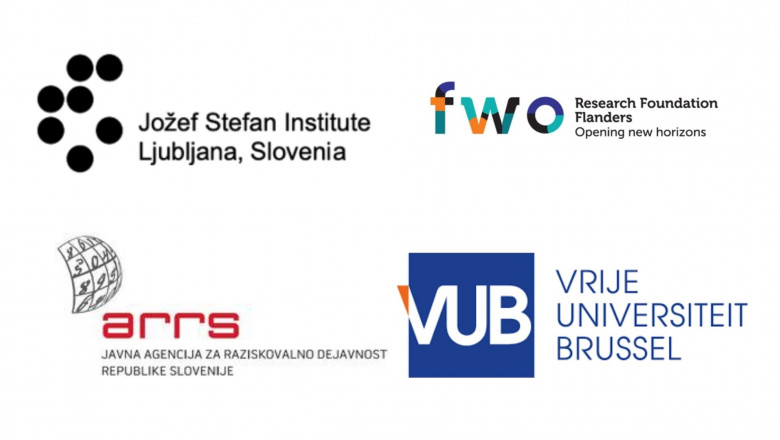 Project Cremation or Inhumation of ancient populations? A Multidisciplinary question at the European level (CRIME) is a joint, Flemish-Slovenian research project funded by the Flemish Research Foundation (FWO) and the Slovenian Research Agency (ARRS), with the aim of improving and increasing international research and development cooperation. On the Belgian side, the project is represented by Dr. Steven Goderis and Dr. Christophe Snoeck from the Vrije Universiteit Brussel (VUB), and in Slovenian side by Dr. Matija Črešnar and Dr. Tamara Leskovar from the University of Ljubljana, and by Dr. Doris Potočnik from the Jožef Stefan Institute.

This interdisciplinary project is using state-of-the-art techniques to introduce and upgrade methodological procedures for the study of archaeological heritage, focusing on the research of prehistoric funeral rituals and their changes.

Until the establishment of Christianity, two basic funerary rituals were used in Europe: inhumation – burial of the whole corpse – and the cremation – burning of the deceased before burial. Some communities performed both rites simultaneously so inhumed and cremated human remains are found at the single site and date back to the same period, while others performed the rites interchangeably so inhumed and cremated human remains from different time periods are found in the same region, occasionally even in the same burial ground. The reasons behind the choice of one of ritual instead of other, the use of both or transition from one ritual to another are widely debated, with the proposed reasons being mainly based on analysis of archaeological data of individual sites. The CRIME project, with its broad package of interdisciplinary research, represents a significant shift in methodological procedures and analysis of archaeological remains. The research will include some of the most important Slovenian cemeteries of the Bronze and Iron Ages, where both funerary rituals were used interchangeably or simultaneously. The phenomenon, which is extremely rare, represents a unique opportunity for research and thus progress in understanding funeral rites in the past.

Challenges and upgrade of the existing research methodology

One of the problems in resolving the issue of ritual choice is the imbalance between the data that can be obtained from cremated versus inhumed human remains. Because very high temperatures (1000°C and higher) are reached during cremation, the cremated remains are greatly altered. Thus, until recently, it was believed that only limited information could be extracted from cremated bone fragments, leaving many blank pages in the interpretations of archaeological records. However, the development of new technologies and methodologies makes it possible to obtain more and more data, not only from inhumed but also from cremated remains. In addition, due to the increasingly detailed understanding of the changes that occur in the remains during different pre-burial treatments, the same types of analyses make it possible to obtain additional data on individuals, communities, and funeral rituals.

The main goal of the project and areas of work

With its interdisciplinarity and use of state-of-the-art techniques, the project will enable the establishment and upgrade of methodological procedures and in-depth research into changes in funeral rituals in prehistory, e.g. finding answers to the questions of how and most importantly why they happened. To achieve the goals, the work on the project will be divided into two main areas:

1 - investigate differences in the archaeological record, demography, diet and mobility within and between communities;

2 - preparation of a map of biologically available strontium for Slovenia, which will be the basis for understanding the mobility of humans and animals;

Importantly, the project will not only continue to build bridges between project teams but will also contribute to the transfer of knowledge and expertise in both directions, e. g. in thematic workshops, that will enrich the research communities in both countries.

The project aims towards improved knowledge on the prehistoric funerary rites, currently based primarily on the archaeological data, material culture, and basic osteology. To achieve this goal and answer more in-depth archaeological questions, state-of-the-art analytical techniques will be used:

For tangible and detailed interpretations of human behaviour, environmental baselines will be established by acknowledging local geology, ecology, climate, and landscape.

The collected data will allow for comparisons with similar research in other parts of Europe, and the establishment of a broader European view of funeral rites in the past.

Besides the improved knowledge on the life and death in prehistory, the project will also:

Researcher at the Department of Environmental Science and a member of the Organic Biogeochemistry Group at the Jožef Stefan Institute trained in various techniques of stable isotope analysis of light elements.

Research Professor at the Vrije Universiteit Brussel, a member of the Analytical, Environmental and Geo-Chemistry research group, which develops and uses elemental and isotopic proxies to address various questions related to the Earth sciences.

research Professor at the Vrije Universiteit Brussel, who uses a multidisciplinary approach in finding answers to archaeological questions and combines archaeological and geochemical research.